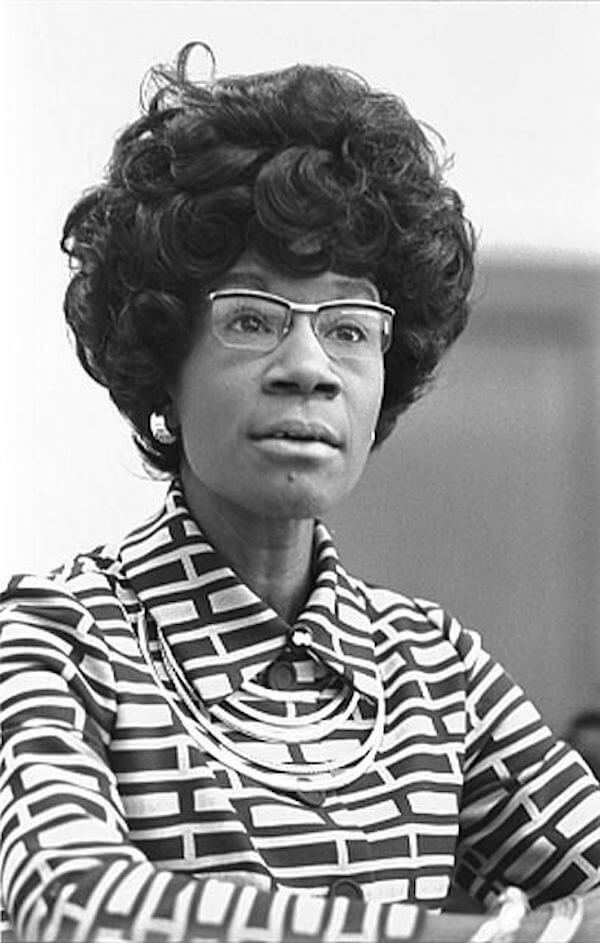 Shirley Chisholm became the first black woman to be elected to U.S. Congress in the same year of Martin Luther King Jr.'s assassination. She co-founded the Congressional Black Caucus, commissioned a bill ensuring that domestic workers received benefits, advocated for improved access to education and childcare, fought for immigrant rights, and expanded government-funded food stamp programs to every state.

She also became the first African-American major-party candidate for president, as well as the first woman to run for the Democratic party's presidential nomination. She famously said: “If they don’t give you a seat at the table, bring a folding chair."